Correction: April 23, 2019. In a previous version of this article, we quoted from a report by My Vote Counts (MVC), which implicated Afrirent as a donor to the EFF. What we failed to explain was that MVC based its allegation on an investigative report by amaBunghane, in which Afrirent is said to have paid monies to Mahuna, an EFF “front company”. Afrirent has since denied funding any political party in SA. We apologise for not giving the proper context to the allegation and, as the alleged payment is the subject of a dispute, we have removed it from the article. 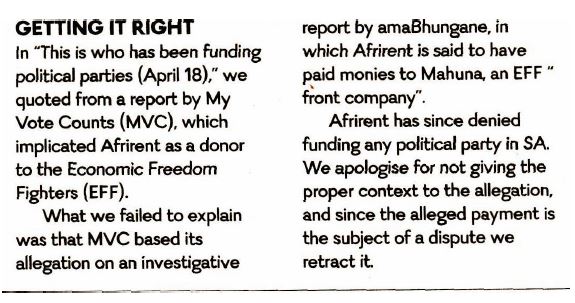