MENTION the names Oppenheimer, Ackerman or Rupert and what comes to mind is not only business families, but also big white business families that have survived a number of generations and are still going strong at a time when big black family businesses are trying to establish themselves.

The Oppenheimers go back before 1917 when Ernest’s father was a cigar merchant. Ernest left the reins to his son, Harry, who was the chairperson of Anglo American Corporation for 25 years and the chairperson of De Beers Consolidated Mines for 27 years until he retired from those positions in 1982 and 1984 respectively.

Gareth Ackerman is the chairperson of Pick n Pay, a company founded by his father Raymond, 52 years ago. He was previously the managing director of the company.

Anton Rupert is yet another example of someone who has taken the baton from an earlier generation, to keep the family business going. He has taken over the business founded by his father, the Rembrandt Group, and founded the Swiss luxury goods company Richemont, which, in turn, acquired Rembrandt’s shares in Rothmans.

Speaking of the Ruperts, their partners in the wine-farming business, the Rothschild family, once possessed the largest private fortune in the world, as well as in modern history. The family is still going strong, and its wealth has been divided among various descendants. Today their interests cover a range of fields, including financial services, real estate, mining, energy, mixed farming, wine-making, and non-profit organisations.

Another question that follows is, what can be done to ensure that this trend (a one-generation business) is stopped? The starting point is probably to accept that business has, by and large, been male-dominated space. This is not to acknowledge the many great businesswomen in our country and the rest of the world who have lead and continue leading successful companies.

The genderised nature of business means that it is often the husband and father who starts a business and runs it. Many times, the man runs the business away from the eyes of his children and wife, who get only to enjoy the profits of the business without necessarily knowing how it is run.

There could be many reasons for this. One could be tradition. Many men grew up seeing their fathers go to work and never had any idea of what they did or the challenges they faced at work. The consequences of this are that many businesses die with their founder. What is sadder, the assets are often sold off on the cheap, either because the survivors, usually the widow and her children who had been spared the rigours of doing business, do not appreciate their value or because they do not know how to turn the same assets into value.

Given the history of our country, it is possible that working men might have done this to protect their children and spouses from seeing them disrespected and being humiliated even by younger white employees who were in management positions because of their skin colour.

Whatever the reasons, it is the responsibility of black businessmen, in particular, and black business families, in general, to ensure that black businesses start spanning more than one generation.

Given our country’s struggling economy, those in business should encourage their offspring to see themselves as employment creators rather than job-seekers.

One of the ways of doing this is to introduce children to the business at an early stage as would be appropriate. For example, if one is a retailer, a child would gain valuable experience by spending time on the shop floor doing menial labour.

If it is a multi-pronged business, a stint answering the phones at reception could be useful in helping a child to discover the various divisions of the business and who is responsible for what.

This is not to say that children who have dreams of acquiring academic skills should be discouraged from doing so. On the contrary, they should be encouraged and asked to see how their academic qualifications could benefit the business or help them to set up their own business.

In other words, an offspring who wishes to study medicine should also be encouraged to think about how he or she could use his or her qualifications as a doctor to help start a medical-related business, be it a clinic or something in the pharmaceutical space.

Last, it is in the best interest of those who create wealth to ensure that they do not leave it in the hands of those who know only how to consume and not how to create it. An insurance payout, no matter how huge, can only go so far. As with anything, if you spend without replenishing, sooner or later you will have nothing more to consume.

The time for a black family to run a multi-generational company is now. It starts with treating our spouses as partners and our children not as pets to be spoiled but as the building blocks of business empires that will live long after we have drawn our last breath 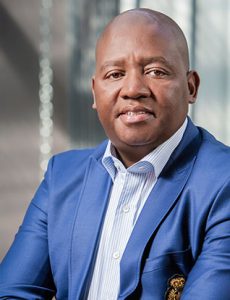